HomeTechnologyAugmented RealityLitho Moves AR Away from the Headset and the Smartphone 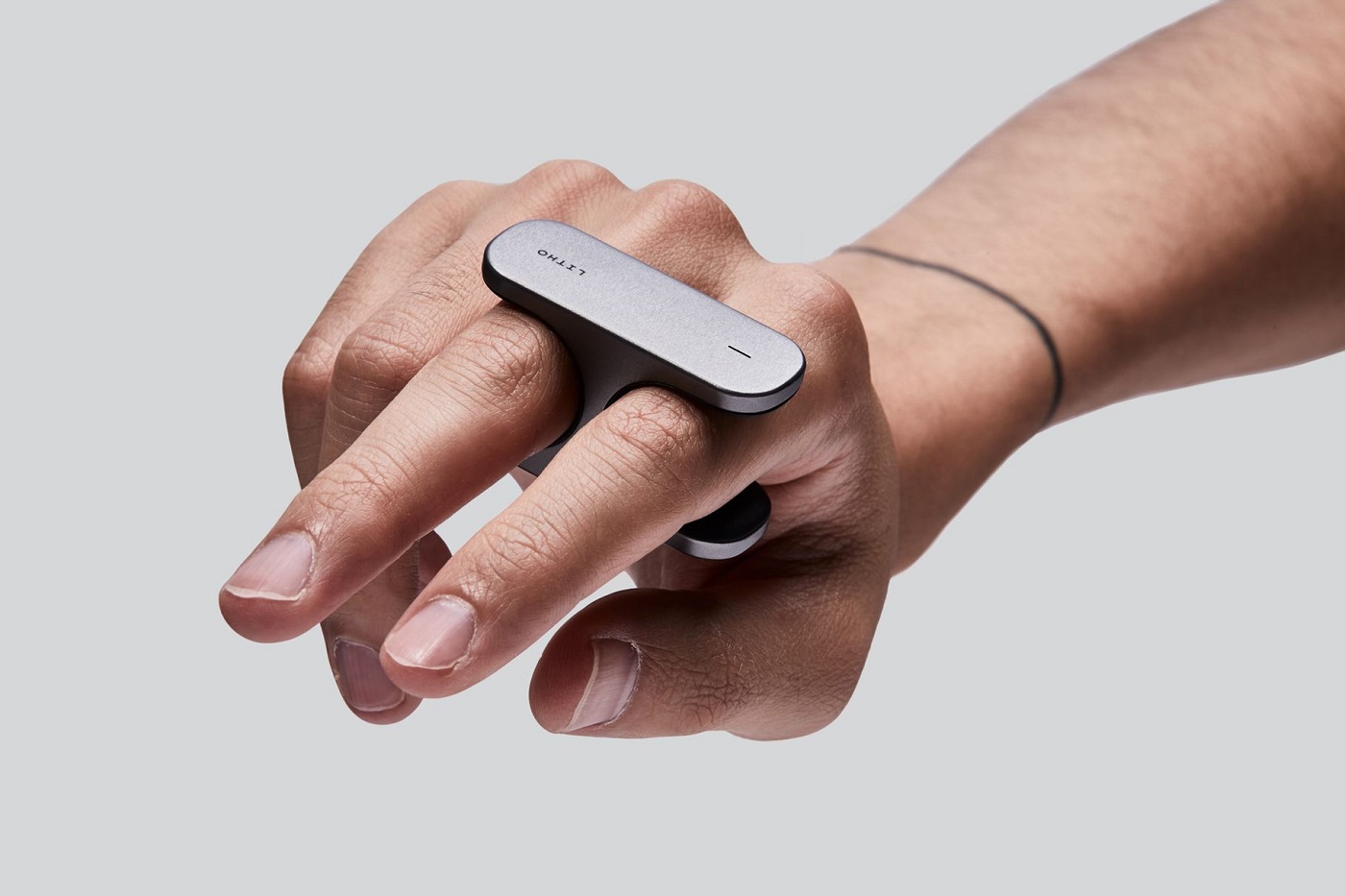 Litho Moves AR Away from the Headset and the Smartphone

Litho’s creator hopes to create seamless interactions in the 3D space by allowing developers to do more with their AR applications.

If you ask Nat Martin, the future of application development is in the physical world, not the confines of a smartphone screen. Martin is one of the driving forces behind Litho, a device that pairs with AR apps and allows users to access them without touching their phones.

With the advent of AR, digital things are becoming physically anchored in the real world.

Litho looks like a pair of brass knuckles. It is similar to Martin’s previous product, Scroll, which was also known as the “magic ring”. Martin describes Scroll as a prototype and sees Litho as the fully-formed product to come from it.

Moving Beyond the AR Headset

Martin said the inspiration for Litho came after trying a HoloLens during his master’s program at Royal College in London. He liked the HoloLens experience but thought the same benefits could come in a less obtrusive way.

“From that point on, I knew AR would be the future of computing,” he told ARPost. “For me the biggest problem with HoloLens wasn’t the field of view or the weight, but how clunky and uncomfortable the interactions were. That’s why I decided to focus my research on developing an AR input solution.”

The desire for an affordable, cross-platform, spatial input solution drove the creation of Scroll and Litho, Martin said. He focused on making the devices as unobtrusive as possible and finding ways to connect the digital world with the real world.

“With the advent of AR, digital things are becoming physically anchored in the real world,” Martin said. “These are two sides of the same coin. Digital interactions are entering physical space.”

Moving Beyond the Smartphone

Smart speakers, thermostats and other devices can only reach their full potential if users can control them no matter where they are or what they’re doing. Litho helps them do just that by taking the smartphone out of the picture.

Our company’s goal is to create a new relationship with technology. One where technology isn’t a barrier to the real world, but a tool to enhance it.

Martin said Litho opens up a new world for developers who want to get more from their AR apps. For example, architects and designers can create precise 3D models. Anyone with a smart home can point and swipe to dim lights or operate appliances.

“Our phones end up being a frustrating barrier to the digital world, rather than a tool to enable interactions with it,” Martin told us. “Instead of an awkward and frustrating interface, developers can create precise yet effortless interactions in 3D space.”

Litho’s development kit is currently available for $199. Martin said the company hopes to work with developers who are currently using Unity to create spatial applications.

“We are looking to work with these early developers to bring a range of applications to consumers,” he said. “We envisage the first applications being shared mobile gaming experiences and real-world content creation tools.”

In the end, though, Martin’s goals extend far beyond specific devices and applications. He’s hoping to change the way people interact with devices of all kinds.