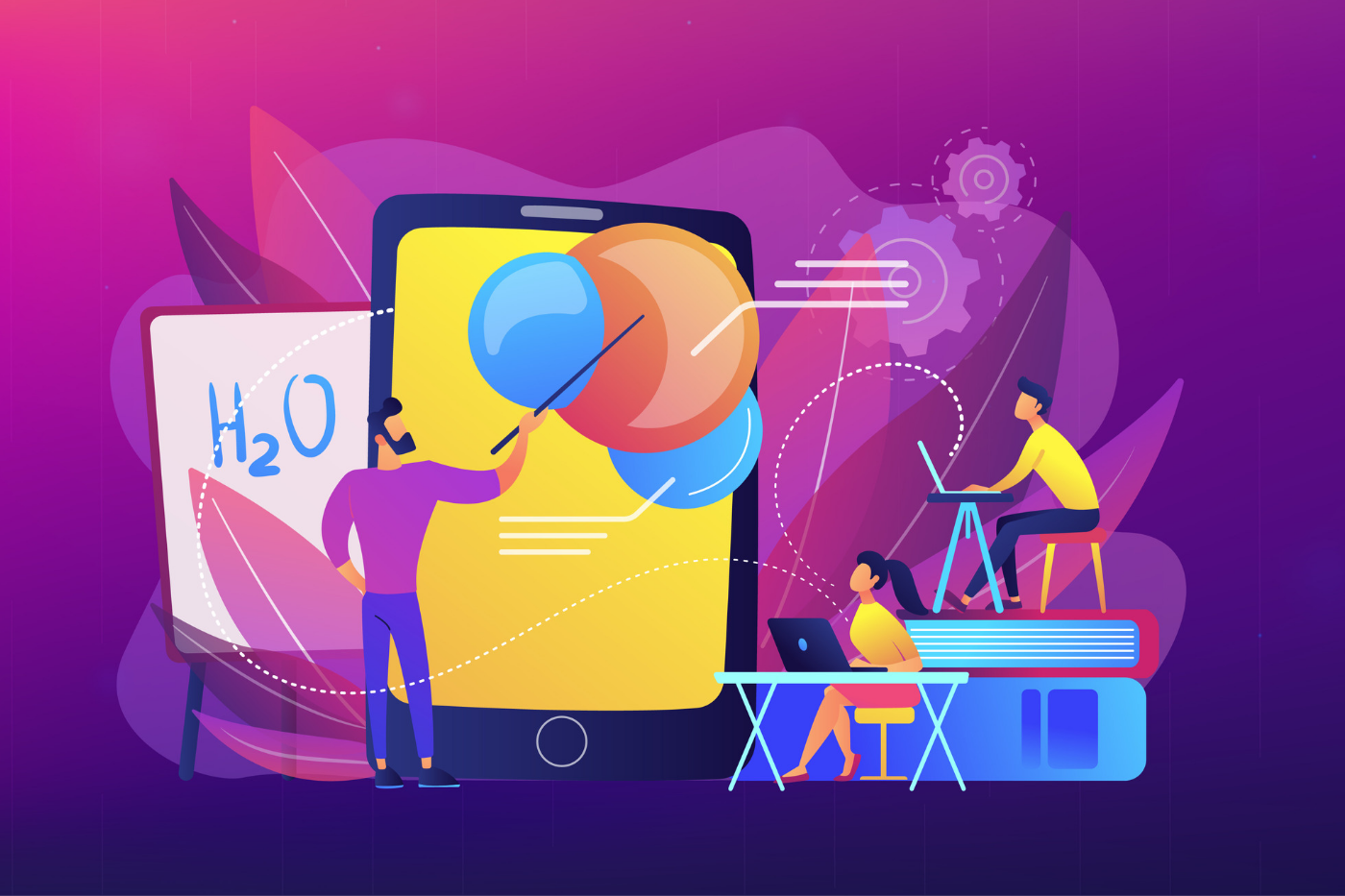 Cutting-edge technology is changing the way students learn and collaborate.

Anyone who has used a chalkboard can attest that schools are not always seen as being on the cutting-edge of technology adoption. That perception may be turned on its head, though, as a recent survey found that 54% of students are already using augmented reality programs in their school curriculum. This phenomenon has had positive effects and demonstrates that technology is a crucial part of modern learning.

AR is often seen as something that kids play with. After all, nearly every school-age kid has likely used a Snapchat filter or played Pokemon Go. However, nearly 73% of students believe that augmented reality would also be valuable to their studies. What has previously been seen as a cool tech gadget or a toy, is now becoming crucial to giving kids a well-rounded learning experience.

Many students struggle with the ability to imagine or visualize complex concepts, and augmented reality can help. For example, LightUp uses AR to help students understand complex STEM topics like biology and physics through virtual experiments. AR is being used to teach students about geometry, outer space, vocabulary, the human body, and much more. Some schools even teach students to create AR experiences, equipping them with technology skills that could be useful in their future careers.

Augmented reality enriches students by exposing them to places and experiences they otherwise may not have access to, especially if their schools cannot afford elaborate teaching materials and field trips. Google’s Expeditions app, for instance, lets students experience a realistic model of the globe or take a tour of The Louvre, all from a smartphone screen. Even if a school is well-resourced, many students will respond better to an interactive experience, such as a 3D globe that moves and changes instead of a map on a page. Additionally, students associate AR with games and social media, so they are likely to see AR learning as fun.

One of the main advantages of AR for the business world is its ability to foster collaboration among employees and partners. A similar advantage applies to education. Having fun using AR programs together brings students closer and makes them more likely to collaborate in other situations. Augmented reality also enables students to collaborate outside the classroom, such as helping each other understand a homework topic from their respective homes. This is crucial as students get older and rely more and more on each other for homework help rather than teachers or parents who are already strapped for time.

There are still many barriers to augmented reality being used widely in schools, including cost, lack of knowledge, and logistics. These challenges have not yet been solved, so it remains to be seen if widespread adoption is possible within the next few years. There is so much possibility, though, that once AR for education hits its stride the possibilities will be endless.

It’s also important to remember that augmented reality is only one example of how tech can improve education. For years, students have used the Internet to access knowledge they don’t get in the classroom. The rise of social learning platforms for students has connected them to their peers and made learning together easy and fun. These, along with AR, are only some of the tech advancements that will improve experiences and outcomes for students in exciting ways. Michał Borkowski is CEO of Brainly, which he co-founded while still in college. Brainly is the world’s largest online community, uniting over 150 million students, parents and teachers in solving their academic problems and exchanging knowledge. Students connect to their peers to help strengthen their skills, from math, to science, to history and beyond. Based in Kraków, Poland, with U.S. headquarters in New York City, Brainly is currently visited by users from 35 countries. Backed by Naspers, Point Nine Capital, General Catalyst, Runa Capital and Learn Capital, and Kulczyk Investments.