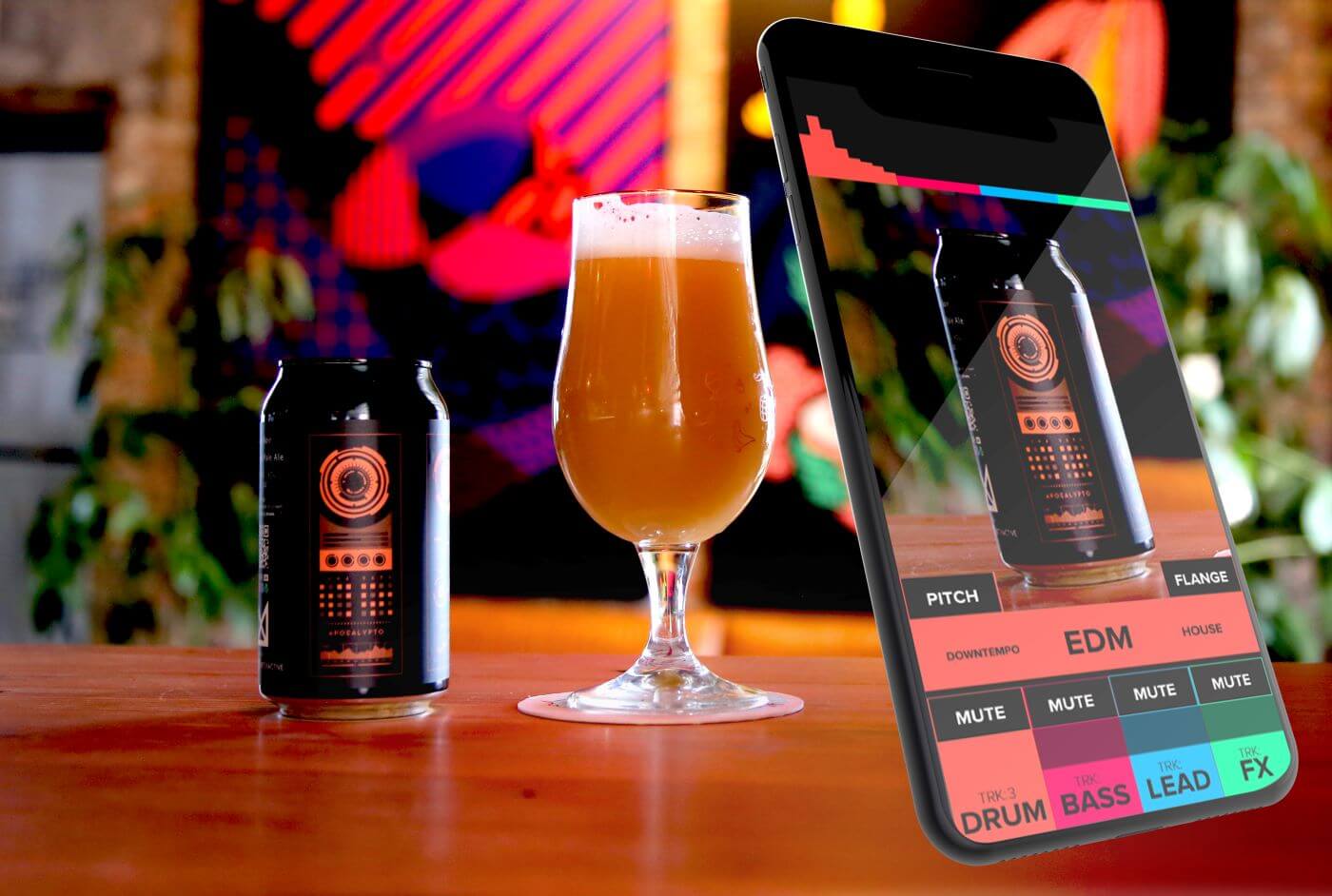 The Chicago-based brewery partners with M1 Interactive to create a special beer can for the SamplAR augmented reality music app.

The new Tech Noir India Pale Ale (IPA) brew created by Marz Community Brewing Company will offer more than just the refreshing taste. It will be available in special cans which launch music tracks through a dedicated AR music app, SamplAR. Each of the four can models will have its own music style: live electronic music, new wave, karaoke, and DJ.

A Brew Apart: Tech Noir IPA Is the First Beer Paired With an AR Music App The launch of a new brew is a special event for any craft brewery. However, Chicago-based Marz Brewing Company wanted something extra special. When approached with the project, the president of M1 Interactive, Brian Dressel, had a clear idea of the final result.

“I came up with this idea through my love of synthesizers and great beer. My goal was to mix a classic style of a modular synthesizer with a minimalist layout. In designing the cans and sounds, we collaborated with Chicago-based industrial music pioneer Jim Marcus,” he said in a press release shared with ARPost.

SamplAR augmented reality music app does more than just play music triggered by the markers on the beer cans. The user can mix each of the tracks separately, or the four of them together. Thus, everyone can create their own unique sound and enjoy it together with the beer.

The AR music app created for Tech Noir IPA also features 96 different samples to add to the main track. They come from different music genres, such as techno, tribal, metal, house or chillwave.

“We wanted a wide range of styles within the synthesizer world that both experts and the general public would recognize and vibe with,” said Dressel explaining the choice.

How the SamplAR Music App Works

The new Tech Noir Indian Pale Ale crafted by Marz Brewing Company is available as a four-pack. Each can has a special design that users can activate via the AR music app. All they have to do is point the phone camera at the can with the app running.

The intuitive interface of the SamplAR app allows users to mix the main track with the available samples and apply or mute four sound effects: Drums, Bass, Leas, and FX.

A New Concept of Interactive Packaging

Packaging plays a great role in selling consumer products. Shape, size, and colors are key elements that determine people to choose one product over another. With the advent of interactive technologies like AR, VR, and XR, packaging designers have new tools to make their products even more attractive.

As the new can for Tech Noir IPA proves, packaging becomes more than just a container for the product itself. In this context, the packaging becomes a valuable part of the product, providing supplementary benefits to the consumer such as information, and entertainment. Thus, the beer can design along with the SamplAR app created by M1 Interactive open new avenues for the retail industry in attracting clients and building loyalty.

How to Get the App or Attend the Launch Parties

Marz Brewing Company will launch the Tech Noir IPA with its innovative cans at various events at its taproom in Chicago, as announced on Facebook. The launch parties will take place from January 23 through 25 and will feature live DJ music.

Before arriving at your event of choice, you can download and install the AR music app here. For now, the SamplAR app is only available for iOS devices.