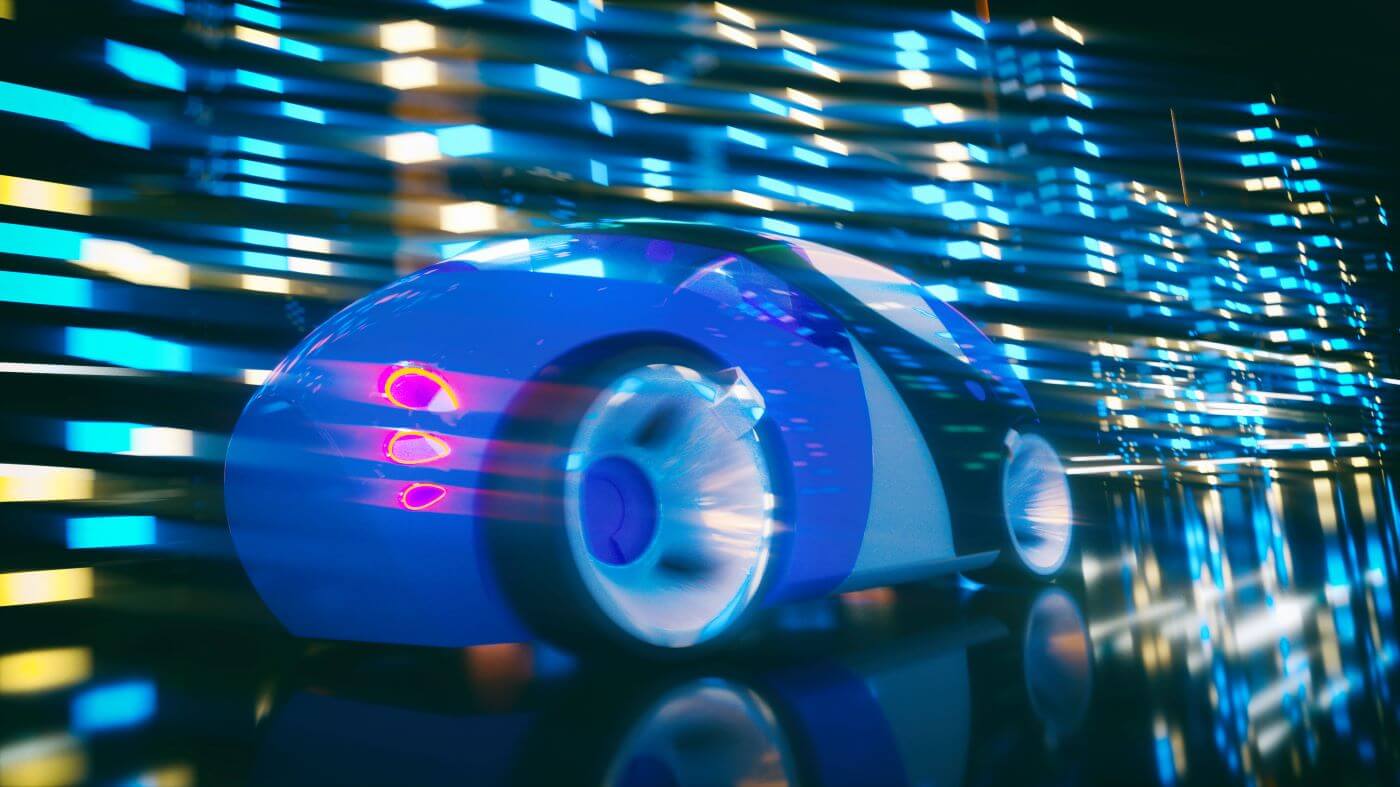 GeoPose is one field of spatial computing that we should pay more attention to.

When many casual users think of extended reality, they think about big glasses and funny controllers. However, one application of this technology – autonomous vehicles – requires neither of those tools.

XR enthusiast and author Stephen Black took some time to talk with me about XR, GeoPose, and autonomous vehicles.

If you think of XR as just impressive optics, it might be helpful for us to introduce another term – spatial computing. Spatial computing involves using space and locations as inputs for a computer program. On a small scale, that means the orientation of a headset or the location of a controller. On the large scale, it could one day mean vehicles that know the locations of other vehicles.

This kind of thinking is made possible through GeoPose.

“In the AR Cloud, GeoPose will be tags that indicate digital information,” explained Black.

The “AR Cloud” that he refers to is a future digital environment composed of the “tags” from and for various applications. It’s similar to some of the images that might come to mind when you think of the Internet of Things.

GeoPose is the crucial idea linking immersive technology and the IoT into a possible digital future. Throughout our interview, Black compares GeoPose in spatial computing to URLs on the internet.

This used to be – and sometimes still is – accomplished by having AR experiences that required a physical target like a QR code. However, using geographical tags instead allows multiple people to access the same experience without all pointing their phones at the same two-inch square.

GeoPose is a big deal and what I’m gradually becoming is a GeoPose evangelist. People need to know.

“There will be sensors that pick up on GeoPose, and each car will have its own GeoPose,” said Black. “Ultimately, we won’t even need traffic lights … how many times have you been stopped at a red light at night and no one is coming?”

Spatial Computing and AR as an Operating System

One of the biggest potential problems regarding the AR Cloud has to do with compatibility.

“Amazon has a system, Microsoft has a system, Magic Leap has a system. I couldn’t imagine how these systems would talk to each other,” said Black. “Interoperability is the needed foundation for AR to become an operating system.”

One organization looking to solve this problem is the Open AR Cloud. They work to establish standards and encourage communication within spatial computing precisely in order to avoid the complication that Black described. A list of projects prioritized by the group begins with “Spatial Indexing and GeoPose.”

“The group will explore and define a standard addressing scheme, or ‘DNS’ for physical and virtual spaces and establish a shared frame of reference (GeoPose or Geo6DoF) optimized to anchor, transform and translate the positions and orientations of digital or physical objects in real and virtual spaces,” reads the site. “The success of spatial computing across many industries and applications such as augmented reality, robotics, autonomous vehicles, IoT, and persistent multiuser AR solutions will depend on this work.”

The Tech Isn’t Ready Just Yet; Neither Are People

“When you get into a subway car, you don’t care if someone is driving it or not,” said Black. “Eventually, we’ll get to that level of trust with autonomous vehicles.”

Black, who has spent time in the entertainment business, would like to one day have AV passengers out at ease by watching augmented reality productions out of vehicle windows. It may sound strange but he’s not the only one with such an idea.

Holoride is currently working on “turning vehicles into moving theme parks,” as they put it. By matching communicating with information like speed and direction from a car’s on-board computer, Holoride matches extended reality experiences to a user’s sensation of movement. Right now, the goal is entertainment for passengers in standard vehicles. However, it may also be used to decrease feelings of motion sickness or allow passengers in autonomous vehicles to be remotely present elsewhere during their commute.

Shifting Into the Future of Autonomous Vehicles

Of course, getting people to get into autonomous vehicles isn’t just about distracting them. It’s also about educating them on the most important but less-attractive elements. Like GeoPose.

“GeoPose is a big deal and what I’m gradually becoming is a GeoPose evangelist,” said Black. “People need to know.” Augmented and mixed reality roll out a rich and immersive experience of Mission R, a next-gen sustainable sports vehicle from motorsport brand Porsche.