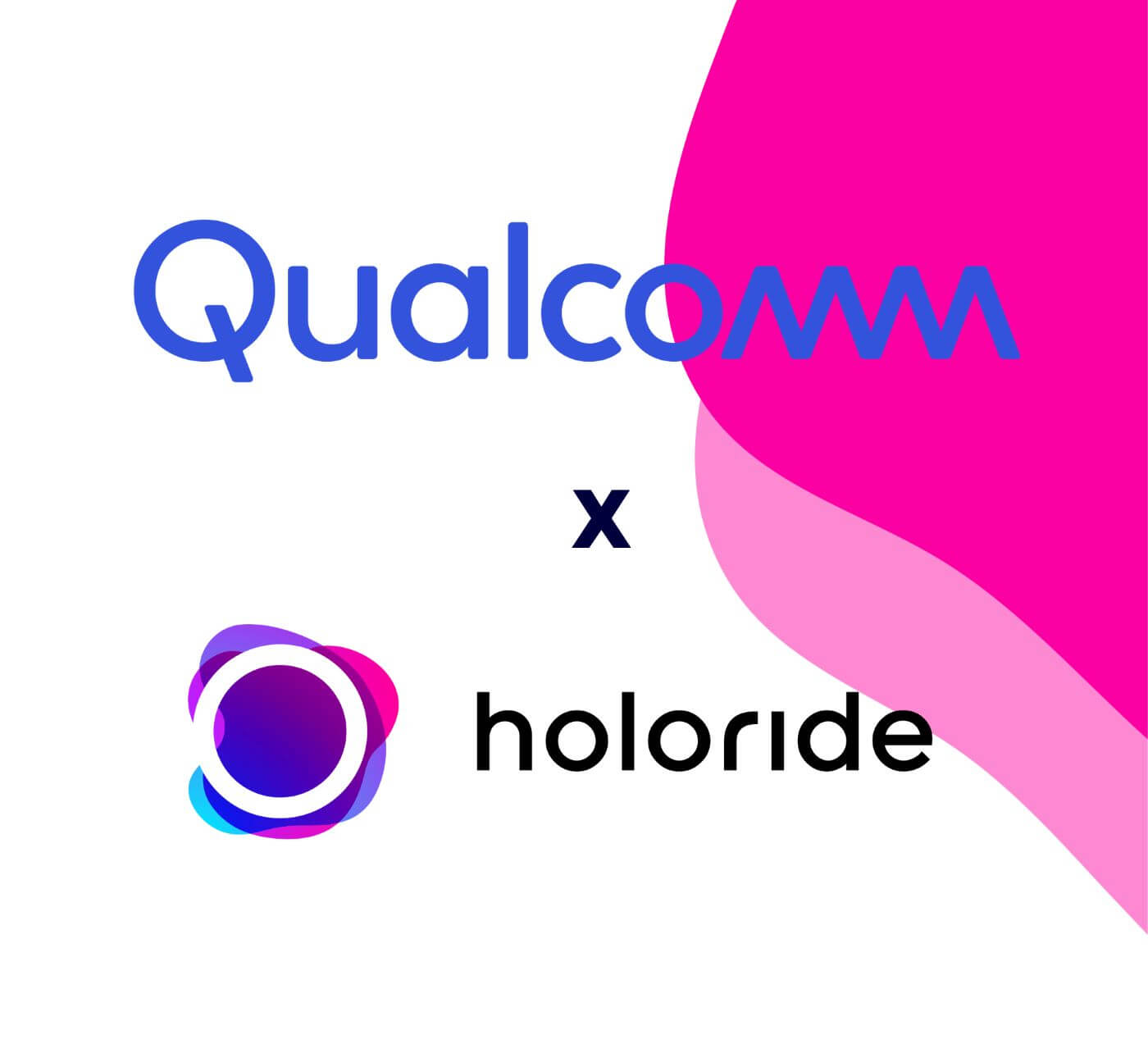 You have probably heard of Qualcomm, though you may not have heard of holoride. The in-car XR company has been around for the last two years and, while they’re working on bringing their solution to a family car near you, most of their publicity has come from location-based events like trade shows.

As holoride becomes one of the newest members of the XR Enterprise Program the startup hopes to secure its place in the XR and automotive ecosystems.

Founded by three enterprising employees at Audi, holoride held its public debut at CES in 2019. The idea is to create VR experiences paired with the speed and directional data of an automobile. The resulting experience would theoretically be both entertaining and comfortable.

“We have the theory that if we match what you see with what you feel, people won’t get motion sickness,” holoride CEO and co-founder Nils Wollny told ARPost in a March 2020 interview. “We can’t cure it 100% of the time… but the percentage number of people getting motion sickness with our solution is in the single digits.”

That interview focused largely on holoride getting involved in location-based experiences, kind of like a roller coaster attraction that people could go and visit. This while holoride-compatible cars remain on the horizon.

As they continued to appear at attractions and tradeshows, holoride quietly changed their mission to focus internally on product development. This necessarily involved finding new partners. It was also during this time that holoride was approached and invited to apply to the XR Enterprise Program.

The XR Enterprise program is “designed to bring XR focused companies together with enterprise solution providers,” according to a release shared by holoride. Other companies in the program include: “We are excited to have holoride join the XEP as a company who is dedicated to using XR technology to transform the way we look at our commutes and makes the passenger journey more immersive and enjoyable,” Qualcomm Senior Director of Product Management, Brian Vogelsang, said in the release.

The technological benefits of holoride being in such an ecosystem are very significant.

“VR, if you think about it, is not just Oculus/Facebook. It’s HTC, it’s Pico, etc., and they all build their headsets with Qualcomm,” holoride CXO and co-founder, Marcus Kühne, said in a remote interview with ARPost. “The main architecture of headsets should be in-car ready and Qualcomm is a good anchor point to collaborate with to make that happen.”

However, working with the XEP doesn’t only have a tangible benefit in terms of technology.

“Partnerships like with Qualcomm bring a very high value, and that’s trust. They bring a lot of credibility,” said Kühne. “When companies see that we’re partnered with Qualcomm and that they have faith in us, that opens doors.”

While it may be awhile before a holoride pulls up on a street corner near you, their continuing outreach and partnerships, including their participation in the Qualcomm XEP, means that the experience that they provide will be even better when it rolls out.