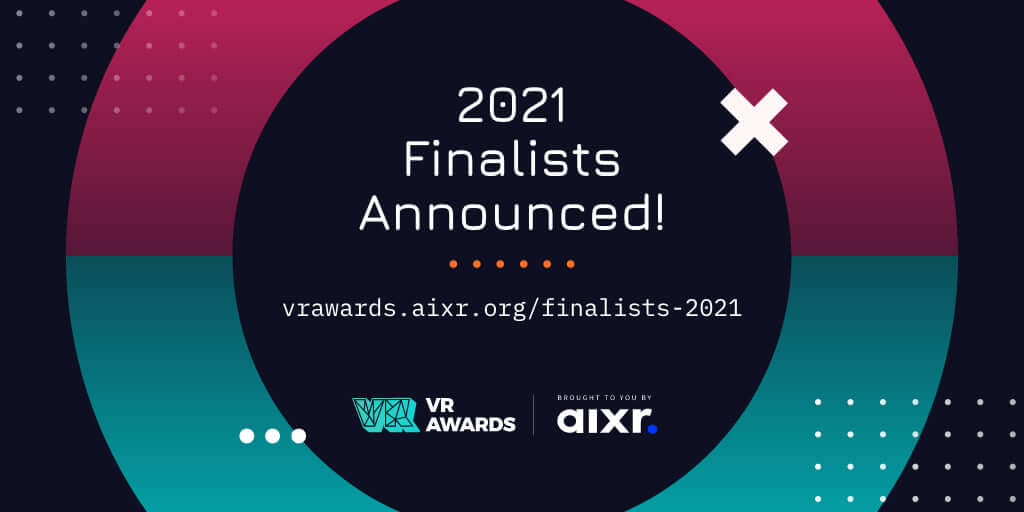 Award winners are to be announced in the November ceremony taking place in VR.

The Academy of International Extended Reality has held the VR Awards for the last four years and the fifth annual event is scheduled to take place in VR on November 18. Yesterday, June 21, the organization announced the finalists.

The VR Healthcare of the Year award is awarded to “projects that are changing the landscape of healthcare industries for good.” Both business-to-business and business-to-consumer solutions are applicable. The finalists are:

The VR Education and Training of the Year award is awarded to companies or individuals “who have demonstrated practical and innovative uses of VR in education and training” including through videos, gaming, and other approaches.

The VR Enterprise Solution of the Year award is given to projects that “Satisfy the needs of an organization rather than individual users.” That includes businesses, schools, clubs, charities, and governments. The finalists are:

The VR Social Impact Award is given to companies and individuals using or producing a VR experience to promote social good.

See Also:  How Rendever and AARP Used Virtual Reality to Grant the Wish of a Lifetime

The Rising VR Company of the Year award is given to “small businesses with proven business models.” Finalists are:

The Innovative VR Company is awarded to “first-to-market” providers, with extra points given to organizations that “focus on their company culture” and sustainability. The finalists are:

Out-of-Home VR Entertainment of the Year

The VR Marketing award recognizes marketing campaigns that integrate virtual reality “within the majority of the project” in original and creative ways. The finalists are:

The VR Film of the Year award recognizes short films, interactive pieces, and design experiences that “substantially feature virtual reality within their media” while emphasizing user comfort and enjoyment with a focus on positioning and movement.

The VR Experience of the Year category celebrates the producers and executors of “truly outstanding, quality experiences.” The finalists are:

The VR Hardware of the Year category is awarded to companies “producing outstanding and impactful” technology.

See Also:  A Closer Look at the HP Reverb G2

The Game of the Year award puts a special focus on creativity and ingenuity along with “innovative use of movement.” The finalists are:

All Bets Are Off

Honestly, we don’t know who is going to win what, and we don’t know what it will mean. Some of last year’s award winners didn’t come back, and some of the experiences that didn’t win last year have come back with more amazing offerings. XR is a quickly moving world and it’s anyone’s guess what’s next.