Augmented reality offers a fun way to explore and discover places worldwide right from your mobile device. Travel the world or explore your own backyard with World Around Me.

People everywhere are always inspired by their mobile devices to help make their lives easier. Now, with the power of augmented reality combined with the ease of convenience, an interactive way to get information around you is available right now.

Based out of Lancaster, UK, a new augmented reality app, World Around Me, allows users to hold their mobile devices up anywhere to get relevant information on services and points of interest in a unique way.

Experiencing Your Environment With Augmented Reality

When you launch this cutting-edge, augmented reality app, you can either input your own search term, or select from one of the fourteen pre-defined categories such as: Eat & Drink, Health, or Shop. Then, just hold up your mobile device at eye level, and you’ll see your screen populate with digitally generated tiles. You can turn 360 degrees around you, and these augmented reality tiles float onto the screen to show what places are in the direction you are facing. A radar widget in the top left corner of the screen also shows the location of places around you as dots, assisting you in turning to find places.

These information tiles updates in real time, meaning everything is always accurate and sourced directly from Google Places. Users are provided not only the direction of each location, but distance, reviews, and tips are also showcased once you click onto the tile for more detailed information. This page can allow you to call the particular place, go to the website, or even share with friends. 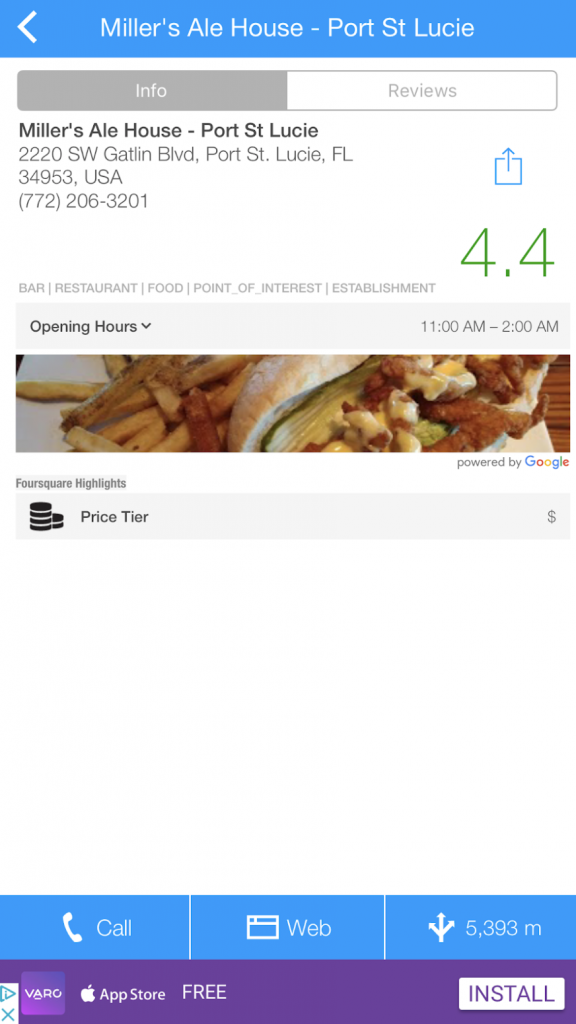 Alternatively, a list view is also available that shows an itemized listing of places around you, also showing distance and a reviews score, with the additional detailed information when tapping on each place. You can also view the locations on an interactive Google map. Co-founder and CEO, as well as Lancaster University Management School alumni, Tarun Sainan, comes from New Delhi, India. He came to Lancaster in 2009 to study for a Masters degree in business and innovation, and it was during this time that he developed an idea to apply augmented reality to a mobile application.

Tarun founded his augmented reality company, WT InfoTech, in 2012. He had been inspired to start his own company during his time at IBM’s Almaden Research Centre in Silicon Valley as part of his thesis.

It was his brother, Rahul, however, who was the Android developer on the team, who prompted the idea for Tarun to build WAM. In order to help kick start his business, Tarun received ‘Proof of Concept’ funding from the Lancaster University Enterprise Team. WAM is now being used in more than 100 countries across the globe.

WAM has also been rated by the National Geographic Traveller as “one of the best local guide apps,” and is being used by multiple countries around the world. It also won the Google Play Award in 2016 in the Early Adopter Category.

As Tarun explains, “Whether you’re in London, New York, New Delhi, Moscow, Mumbai, or any other part of the world, WAM can be your local guide and travel partner. The World Around Me has opened up. It’s my world and it can be yours too. Enjoy WAMMING!””

World Around Me is available for both Android and iOS. The free version has an advertisement at the bottom of the screen, but if want to remove this, there is an option of buying the ad-free version which is $1.99 USD.