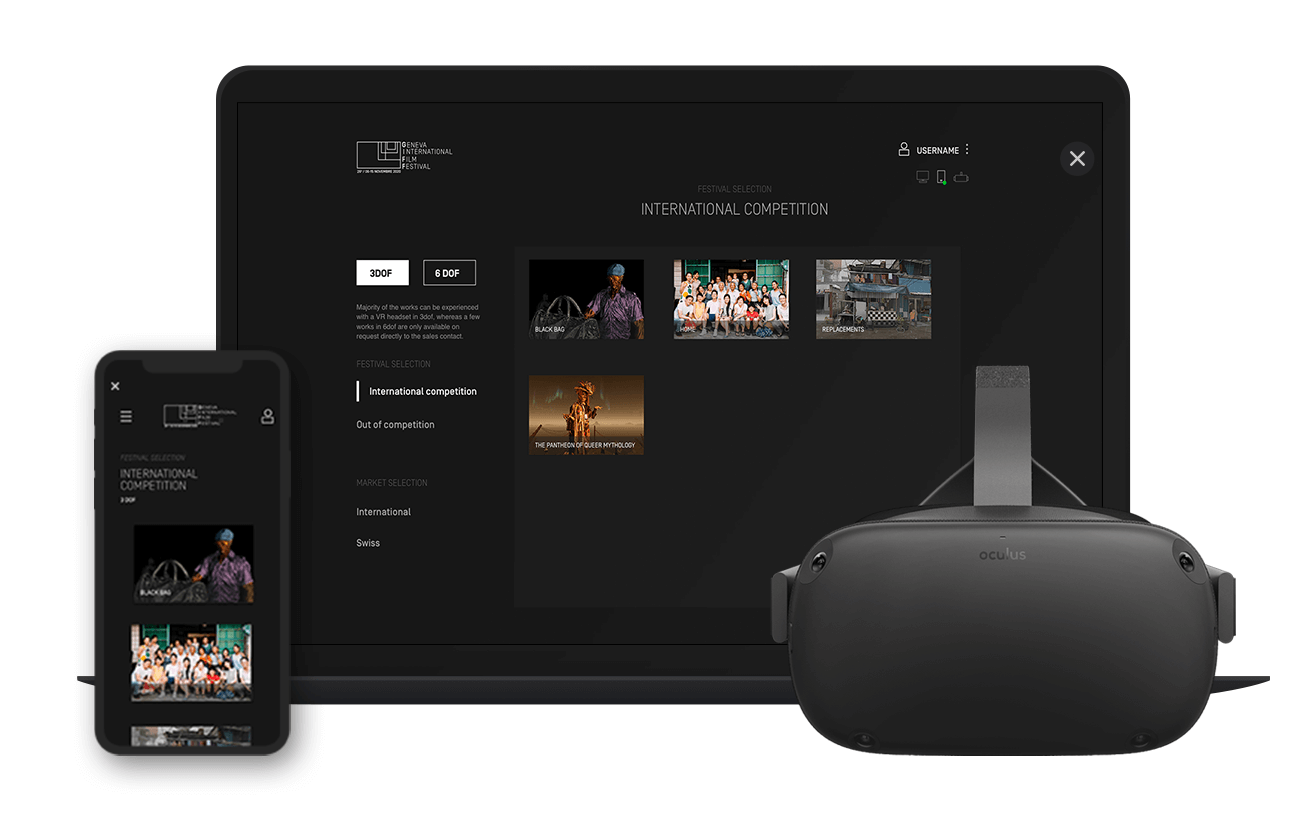 Immersive experience distribution platform LucidWeb has been around for a while now. However, the particular moment that we’re living in has provided the perfect storm for the company to adapt and expand.

This year has seen a number of VR awards and VR film festivals go online, most recently AIXR’s VR Awards and the London Film Festival. These and other immersive experience showcases and conferences have largely gone digital by creating their own custom virtual worlds.

Upsides are that these platforms have allowed film festivals and awards shows to continue to take place when they might otherwise have been canceled due to coronavirus precautions. They have also allowed people to attend from anywhere in the world without the concern for travel and lodgings.

Unfortunately, some of these events have required specific platforms or hardware that have excluded some individuals. “LucidWeb identified a solution to digitize film festivals fully by creating a virtual library that can be made accessible to everyone directly and instantly via the [web] browser,” LucidWeb said in a release shared with ARPost. “As a festival, deploying a library in VR through WebVR is equally a lot easier and less time-consuming than building an app.”

Because the immersive experiences are made possible in browser, they are hardware agnostic – viewable on just about any headset, mobile device, or even desktop.

A Distribution Platform for 3D Film

STEAM announced early last year that they would no longer offer “non-gaming videos.” Of course, as a gaming platform, it’s not necessarily surprising that STEAM made this decision. However, it does mean one fewer option for posting and viewing immersive experiences.

The final selling point for LucidWeb’s platform and offerings come in the form of data collection, an increasingly touchy subject given the volume of data that VR headsets are able to collect. Again, this is increasingly true given user skepticism of Facebook and Oculus.

LucidWeb experiences begin with an opt-in tracking option so that users can determine how much information they want the experience to access.

There will be some opportunities in the near future for film buffs to experience LucidWeb if they haven’t already. The company announced collaboration with three film festivals, The Geneva International Film Festival and Electric Africa, which took place while this article was being written, and the Satis Screen4all taking place November 23-27.

What’s next for LucidWeb? That’s hard to say. But you can probably expect to see a lot more of them in the near future. Company founder Leen Segers told ARPost  in a 2019 interview that 5G would be huge for the immersive experience platform. Now that service is rolling out to more areas and compatible hardware is hitting the markets, their time may have truly come.