The virtual reality startups of today will become the industry leaders of tomorrow, so let’s take a look at the most promising ones.

In the midst of a storm of ideas, product prototypes and innovative applications, virtual reality startups are the driving force which make cutting edge technology affordable and useful for people and businesses. Without those brave visionaries, who really bet their bottom dollar on their business idea and who manage to persuade angel investors, we would probably not have VR games and headsets.

See Also:  5 Cool Augmented Reality Startups You Should Know About

And innovations keep on coming. Some of them will mature into products and solutions for business and everyday life. We have analyzed the most active virtual reality startups on the market, and we believe that these ones have the highest chances of growing into solid market leaders:

The world of big data can become confusing – and Virtualitics wants to bring order to it. This is one of the virtual reality startups which focus on offering researchers and scientists better tools for their work. In this case, we are talking about data visualization.

Virtualitics uses both machine learning and natural language to put data at the user’s fingertips, in a visual 3D environment where they are able to interact with, arrange, and process data. This VR solution will improve collaborative work and create more immersive and clearer work environments for people who have to deal with large amounts of data. The video below presents the way Virtualitics will solve these issues:

This Toronto-based startup tries to change the way children learn and discover the world around them and to help medical students train in the most immersive and realistic way possible.

The virtual reality apps developed by DiscoVR Labs focus on learning by interacting with 3D objects and being immersed in the environment. Currently featured VR learning apps include the Ancient Egypt and the Medsims VR simulation for medical training. The “coming up” section features lessons in Ancient Rome history, chemistry, and brain training. While other virtual reality startups aim to provide training for the healthcare industry, Vivid Vision is aimed at the patients. This startup originating in San Francisco uses a series of virtual reality games to cure lazy eye and other conditions of the eye, such as strabysmus and vergence disorders. The VR experience includes interactive exercises and vision assessments and is suitable both for home use and clinic use, under the doctor’s supervision. Many virtual reality startups serve the retail industry. But before people decide to buy a product, they have to be persuaded to do so. This is what advertising does, and Immersv decided that the ads of the 21st century should be immersive and interactive – in short, developed in a virtual reality environment.

Immersv has already worked with top brands and organizations such as: Mountain Dew, the United Nations, Discovery, and Marvel. They have raised $10.5 billion in funding from various investors, including HTC, so we are more than certain that we will experience a complete paradigm shift in advertising at global level really soon. 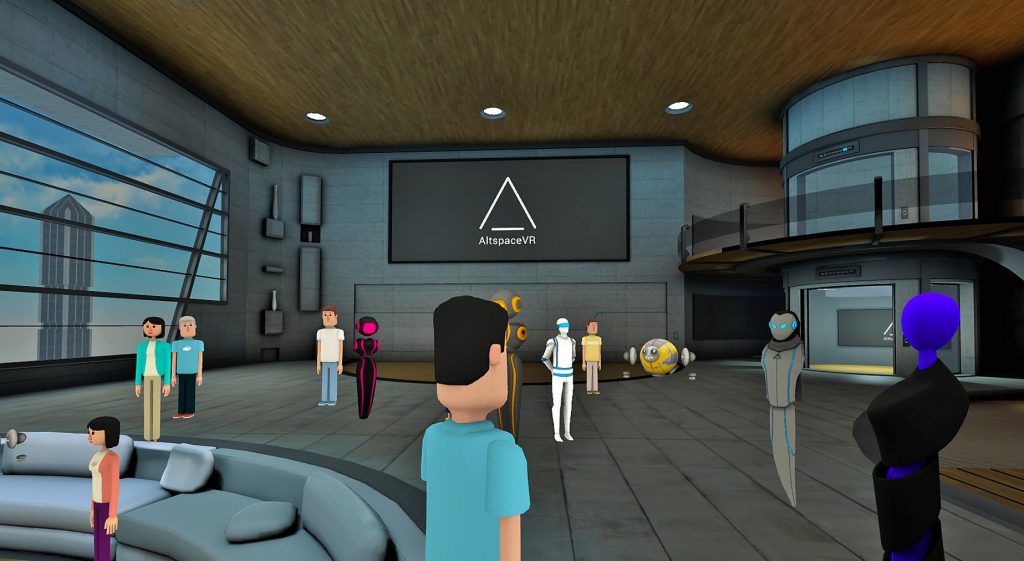 Although Facebook has purchased Oculus VR, so far we have seen some timid developments in the sense of incorporating virtual reality into social media. Until it becomes a mainstream tendency, there are a few virtual reality startups tinkering with the idea, and AltspaceVR has turned it into a functional platform. The AltspaceVR social media platform works with the most popular headsets – Oculus Rift, Google Daydream, Samsung Gear VR – and is also available in 2D. Users can create their own characters, attend free events and meet other people – in short, have a virtual avatar on a VR social media platform. Only time will tell if this is where the world of social media is heading to…